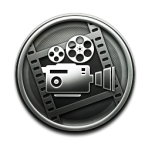 An investigation is underway after cellphone video shows police in Kenosha, Wisconsin shooting a Black man in the back. The 29-year-old victim, Jacob Blake, is currently being treated in a Milwaukee hospital. Jericka Duncan reports.